Typically when you receive a system update, very minuscule changes actually take place on the system, sometimes it’s not even noticeable.

Other times there is a drastic change that gives your system a total overhaul. Nintendo went pretty big on this last update and even packed it with a surprise punch

Some Bells and whistles that has come with the update can be found in the 15 new Splatoon 2 and Yoshi’s World user icons, more ease of use in viewing Nintendo news, along with an update for the Joy-Con controllers.

Last but not least is the kicker! Unannounced by Nintendo yet brought to light by GearNuke, is the update that has apparently made the CPU operate 3/4 faster than before where it was initially running at 1GHz pre update to now a 1.75 GHz post update.

With this new update installed, a select variety of Nintendo Games will follow up with their own individual updates allowing them to better utilize the Switch’s new boost in performance by decreasing load times.

New Update, version: 8.0.1 has also been made available just recently on April 23rd. 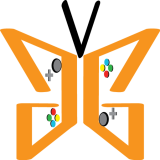